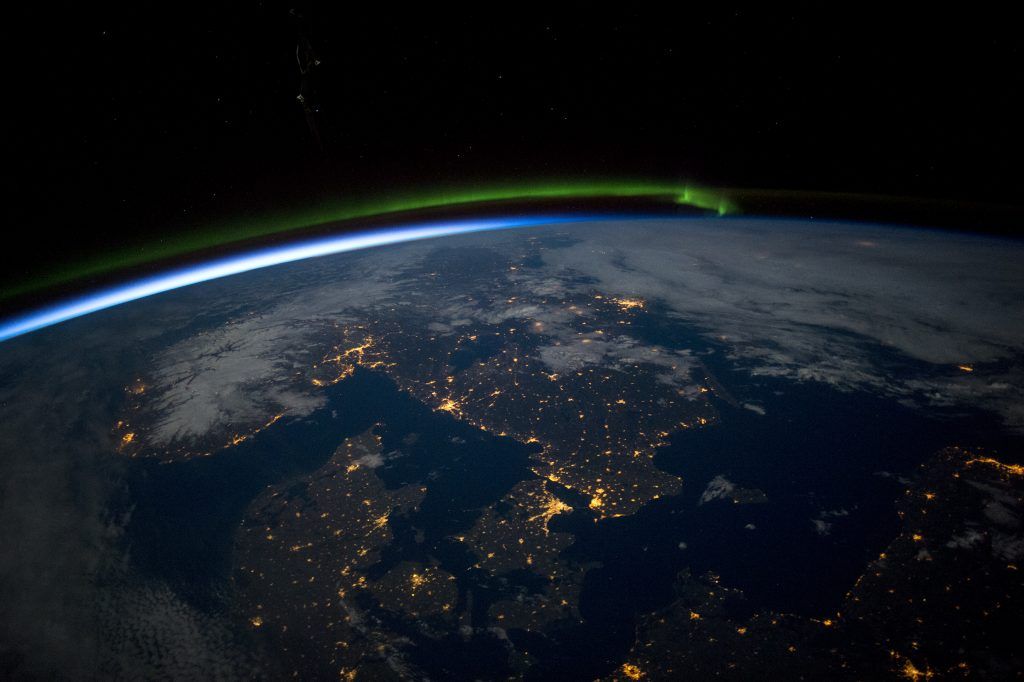 Here’s one to mark NASA’s 60th anniversary. Like science fiction, but real:

Also celebrating an anniversary recently, in this case its 20th, was the International Space Station (ISS). A long sequence of Earth from orbit, with some landmarks identified:

As long as we’re on the topic, here’s one more from ISS. An inbound rocket launch:

Hope you enjoy them as much as we did. If you’re curious about the image at the top, click on it to learn more!