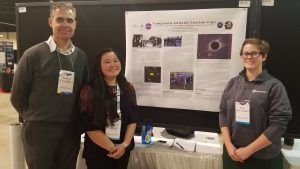 The poster topics included using the 2017 total solar eclipse to repeat Arthur Eddington’s 1919 test of General Relativity; using Towson University’s telescope to study the resolution of Olbers’ Paradox; and using the asteroid Psyche to test the Equivalence Principle. What the projects have in common is their connection to astronomical observations and fundamental physics, a strong emphasis on hands-on student research, and their supervisor: Towson University Professor James Overduin. The three posters presented at the AAS meeting represent collaborations among Towson faculty and students and several local high school students.

The solar eclipse poster generated considerable discussion that kept its authors Keri McClelland and Kelsey Glazer busy answering questions. Professor Overduin explained its popularity: “It seems that we are one of only two or three teams who have tried to do this (replicate Eddington’s test with the 2017 eclipse) and that only one other has been able to do more than us.”

MDSGC congratulates the Towson team on their accomplishments and wishes them success in their future projects! The three student posters are reproduced below. 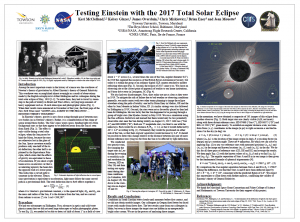 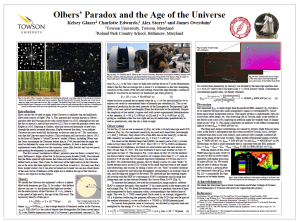 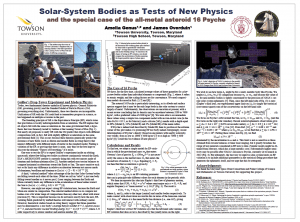